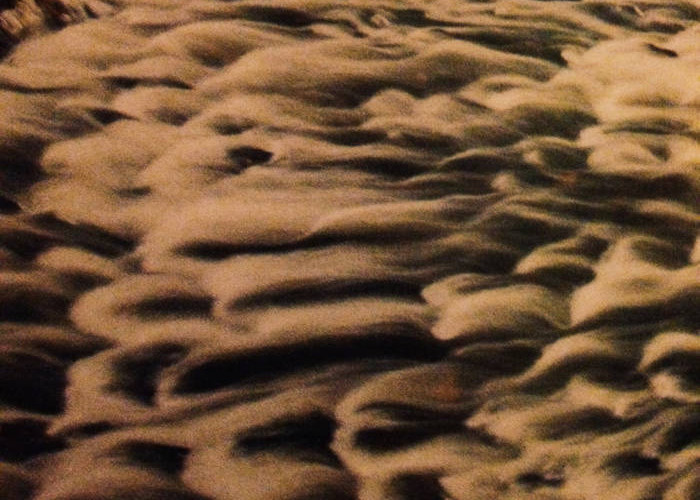 Well-crafted album art is a wonderful thing. Properly conceived, it’s foreshadowing and a mirror for the musical journey within. Looking at the abstract, undulating pattern on Tashi Dorji’s newest release on the Bathetic label, Appa, one gets the sense of a desolate landscape possibly consisting of wind blown dunes, heavily blown smoke over a steady but shifting wind, billowing waves – perhaps it’s terrestrial, perhaps otherworldly. Before the needle hits the grooves, the stage is set, a world is constructed, and a path is cut to help understand the music within.

Within, there are thirteen pieces of solo guitar work that parallel the landscape. Notes come in flurries; they stand up, are blown away, kicked around haphazardly but land on their feet. Each composition almost seems improvised – ideas are quickly developed and vanish as soon as they solidify. It’s sometimes jarring, ostensibly confrontational – esoteric even, but deeply beautiful. It’s extremely intimate but simultaneously expansive, lonely but welcoming.

Appa often nods to, but ultimately departs from the standard – or canonical – solo guitar fare. Rather, it sides with the outsiders, at times bringing to mind the cubist, deconstructionist approach of Bill Orcutt or the angular, alien work of Loren Conners, especially his ode to Mark Rothko’s Dark Paintings, itself a study in the relationship between visual art and music. But rather than become those influences, it settles into its own spot in the landscape, where it carves its own path.