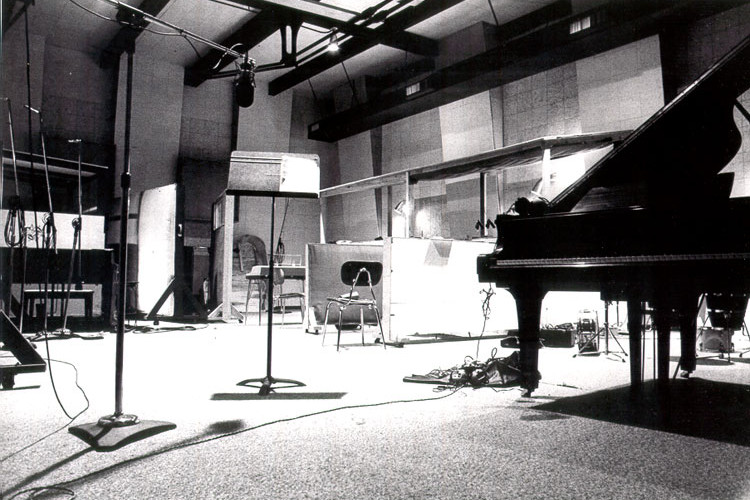 From the Capricorn Center proposal overview:

In 2010, the Georgia National Trust named the former Capricorn Sound Studios on Martin Luther King Jr. Boulevard one of ten Georgia places in peril due to the rich musical history the building represents. Subsequently, The Peyton Anderson Foundation and NewTown Macon partnered to purchase and stabilize the building with the goal of restoring the building and creating a recording studio, music-themed restaurant, museum, gift shop, outdoor amphitheater and loft living spaces.

This proposal represents an expansion of those initial ideas and focuses on the installation of an interpretive area and archive within the central portion of the building that includes the studio’s live room, control room and former offices. The plan outlines the development of these areas as the first phase of the project, which will allow the Capricorn Sound Studios building to generate revenue and interest within the community while the other phases of the project continue to be developed and completed as it transforms into a multi-purpose facility known as the Capricorn Center.

Other potential partners for this project include, but are certainly not limited to, the Otis Redding Foundation and family, the Tubman African American Museum, and the Allman Brothers Band Museum at the Big House. These organizations and institutions have ties to the Capricorn Sound Studios building and are potential partners in its revitalization. An effort has also been made to involve the city’s institutions of higher education in order to provide a sturdy backbone for the proposal’s academic and interpretive elements.

With the cooperation and involvement of these various groups, the Capricorn Center will become an essential part of a citywide musical tour. The interpretive area will complement existing and planned exhibits at the Tubman and the Big House, and the archive will become a major repository for researchers across the country.

This proposal identifies and describes several major collections for potential inclusion in an archive and exhibit space. The first collection, described in more detail below as the “Chuck Perkins Collection,” is a privately owned trove of correspondence and recorded material from the Capricorn Sound Studios and the Capricorn Records offices. Though privately owned, the collection of Capricorn materials was inventoried by the authors in the summer of 2013 and work has continued with the goal of preserving the collection in perpetuity. The current owner supports this goal, and is interested in a donation of the materials, especially if the collection is used to promote Macon’s musical heritage. The second collection belongs to the Big House Foundation, which is currently housed at the Allman Brothers Band Museum at the Big House. Through talks with the Big House Foundation’s board of directors, it has become clear that the current location of the museum’s collection is less that optimal, and the board is seeking a repository to house the materials. They have expressed interest in the possibility of an archive at the Capricorn Center, and this proposal will examine potential scenarios for the inclusion of the Big House Foundation’s collection. Another potential collection is owned by Otto Zeilke and located in California. That collection is briefly detailed as well. Plans for the use of these collections within an interpretive area – and thoughts on the growth of the collection – will also be included.

In an attempt to move away from the inclusion of loft apartments, a detailed outline for use of the second floor of the Capricorn Sound Studios building will be examined thoroughly. While loft apartments could offset operating for the Capricorn Center, they would not enhance its mission and would represent a liability to the first floor exhibit and archive. This proposal will explore several options for use of the additional space that could simultaneously draw revenue and strengthen the mission of the Capricorn Center.

This proposal was prepared with funds from the University of West Georgia’s Center for Public History, NewTown Macon and the Georgia Music Foundation.