Named “Museum Exhibition of the Year” by the Georgia Association of Museums and Galleries in January 2008, I’ve Got Dreams to Remember at the Georgia Music Hall of Fame featured over 175 artifacts including photographs, hand-written lyrics, posters, letters and other personal memorabilia, as well as multi-media kiosks exploring Otis Redding’s evolution as a singer, composer, arranger and producer. As Education and Programs Coordinator, I developed lessons and tour options to compliment the exhibit. Later, as Curator, I was of the final handling and return of loaned artifacts. 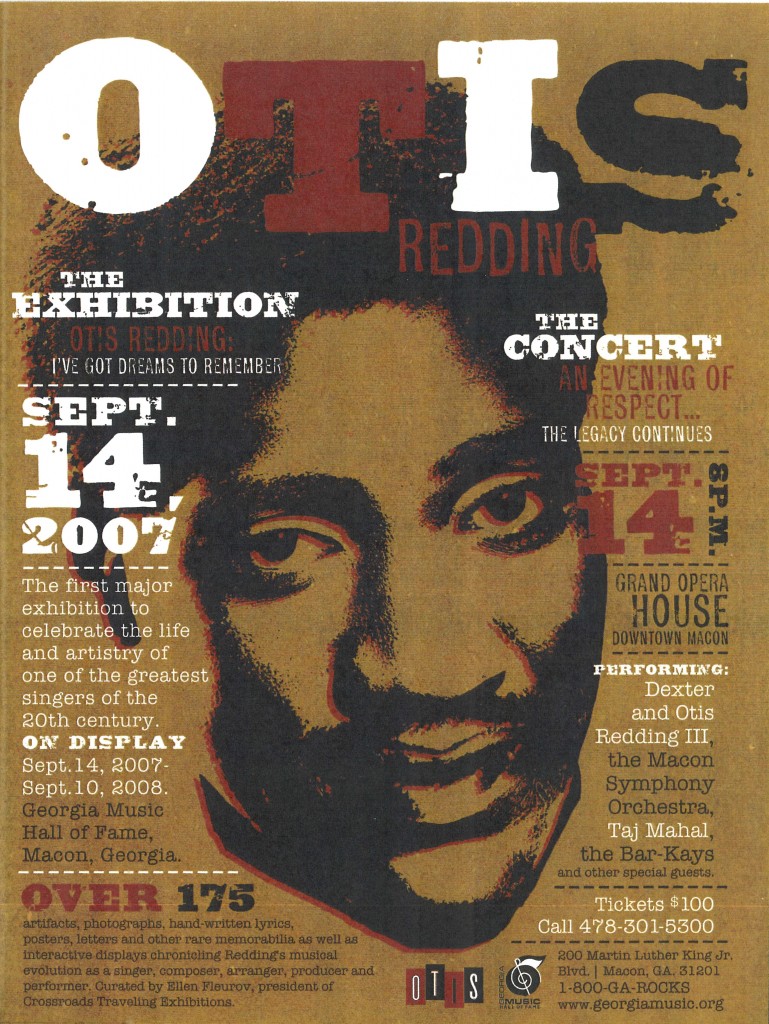